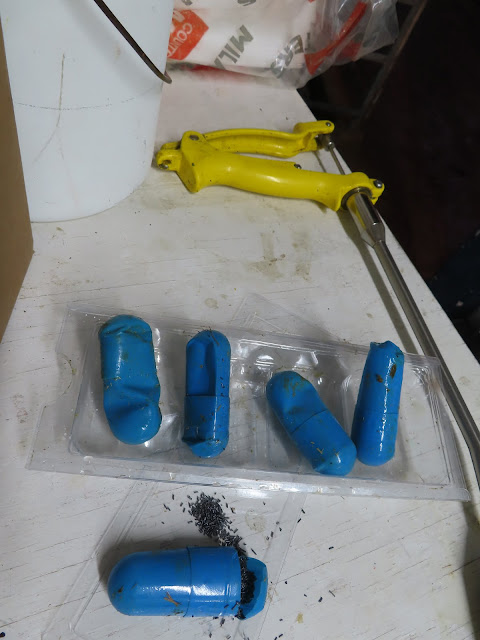 A messy morning milking - each cow received a slow release Copper bullet.
They didin't appreciate being fussed with in the shed!
Related post *here*.
The above bullets are the five that were spat out, two we noticed straight away so those cows got a second one. Three will remain copper-less until next year.

See you tomorrow,
Raewyn.
Posted by Raewyn at 7:12 AM