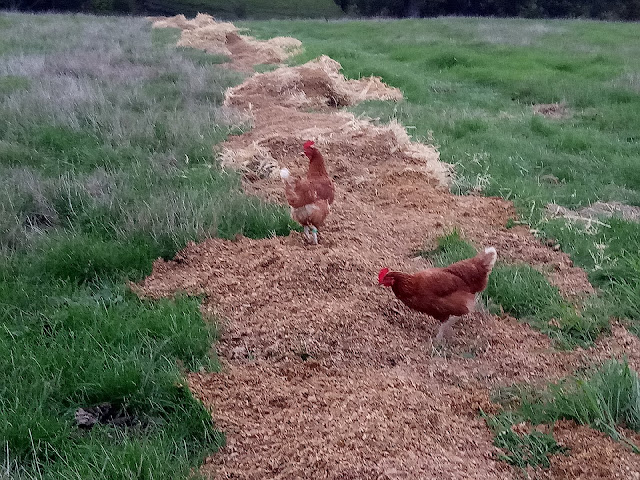 Buying in feed is becoming increasingly difficult (and pricey) as there are still so many areas experiencing drought conditions. We've had to buy in some maize silage (as opposed to grass silage), which is fed with straw. Today was the first day of feeding it and the cows weren't too fussed on it - apparently they will become used to the different taste and will get hooked.
The MOML fed out for tomorrow and the chooks had no hesitancy in getting stuck into the maize!
As you can see, after the recent rain, we're starting to grow some grass. We've just about had enough rain to declare we're 'out of drought'!! 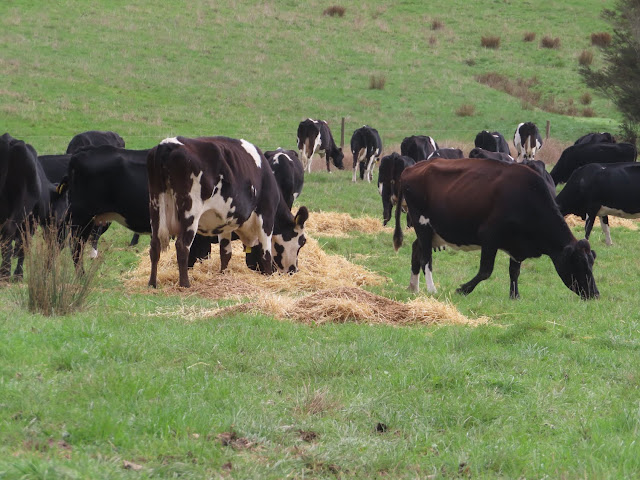 As you can see, some were eating it, most went for the grass first! They did get hungry as the day wore on and picked through the new maize/straw combo!

See you tomorrow,
Raewyn.
Posted by Raewyn at 7:34 AM