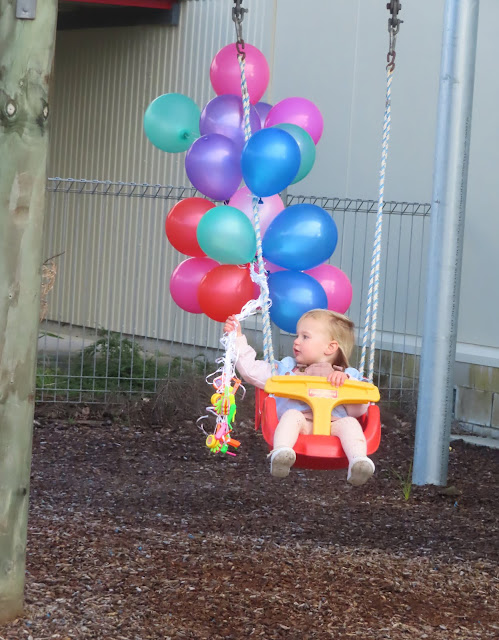 Second birthday party for the younger twins.
It seems unfair to share a photo of just Lily but she was ridiculously hilarious with this bunch of balloons.
ED had put out helium filled balloons for all the kiddies...Lily went around and collected them all. Everything she did all afternoon was done one-handed, still holding on tight to the balloons!

See you tomorrow,
Raewyn.
Posted by Raewyn at 1:07 PM

Email ThisBlogThis!Share to TwitterShare to FacebookShare to Pinterest
Labels: family