Here I am again. I've decided that 2020 will be a good year to take up the 365 day photo challenge again  (actually, it will be 366, won't it?!).
But I'd forgotten about it until the second of Januuary, so I don't have a 'special' New Year's Day photo; just a random one I took during the day.
Followers of my main blog will know that we have some Quail living near the house and I was delighted recently to see there were chicks.
Here Mama Quail was keeping an eye out while the babies were practising their fence-sitting skills.
Papa Quail was further along the fence. I couldn't see him behind the apple tree but he and her were continually talking to each other - keeping lookout I guess.
There are six chicks altogether. 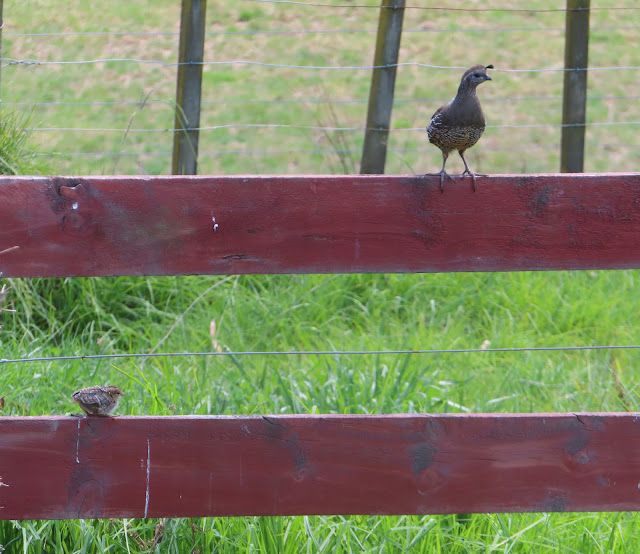 See you next time,
Raewyn.
Posted by Raewyn at 7:15 AM

Email ThisBlogThis!Share to TwitterShare to FacebookShare to Pinterest
Labels: Garden